Commemoration has existed in societies from time in memorial. Whether it be in honour of triumph, trauma or even travesty, commemoration has been largely responsible as an instrument that shapes the future and the future’s perception of a particular figure, event or even belief. It can be argued that this has been the case because commemoration achieves the complex task of crystallising semi-elusive memories that more often than not, cannot be sufficiently emptied from the complexity of a human’s psychological and emotional build.

The focus of this research is on this attempt, seeing as commemoration through monuments has emerged to be a global and timeless practice to keep memory alive. It explores the dynamic meeting point of the designer, who is well versed in areas like composition and aesthetics, and the layman, who may not point out a designer’s jargon but to whom memory and history are thoroughly important and must be preserved. The aim

of this research is not to initiate an interaction between these two groups of people but to point out specific tools that will enhance their interaction for social good and for the most accurate representation to the future.

The research proposes the urban environment as a canvas for this investigation. Not only because it is likely to be the most futuristic trend of human civilisation but also because most monuments that have been erected till date have been within the urban environment. It follows the exploration of monuments as elements of the urban space in different contexts. The two main approaches that guide this research is the concept of imageability as suggested by Kevin Lynch and how that manifests through characteristics such as visual scope, form, geometry among others.

The other scholarly argument used to explore this topic is one proposed by Quentin Stevens in his extensive study of monuments in urbanscapes and particularly on a large scale. Stevens proposes three factors that he has used to analyse the success of monuments as elements of the urban environment namely, the design of the monument, the relation of the monument to its neighbouring structures and the activities that are held or naturally take place where the monument is. These two arguments seek to explore the role of monuments from a macro scale to a finite micro scale where the direct interact with its users is of importance.

The research also seeks to understand the users perception of monuments within an urban environment, and in this case, the central business district of Nairobi, Kenya is the area chosen to be under investigation. The research deeply investigates the cross sections between history and meaning with design, maintenance and perception and ultimately, monuments and meaning. Though the findings are quite specific to the research area, certain parameters have been laid in the event that this would be replicated to another environment as per the researcher’s judgment. However, despite the differences that lie therein, the role of design in the architecture of monuments remains the same: to be a timeless and accurate transformation of what human beings have conceived. 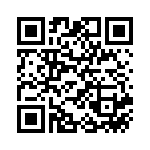