Human population in cities all over the world has dramatically increased causing fragmentation of the urban fabric (UNHSP – UN- HABITAT), 2013,)The increasing urban population leads to changes in the physical form of cities caused by the demand of spaces and services.

The United Nations report on the state of world population indicate that by 2030, the urban populations in Africa and Asia will double (HABITAT 2012). As cities grow and develop, considerable strain is placed on city fragments, and they have to constantly transform and grow to accommodate the ballooning population. This growth contributes to increase in commercial activities as well as increases the need for housing. The city thus expands, takes over the neighbouring low density residential areas.

Areas initially designed to handle low-density urban developments have to contend with needs of increased commercial and residential activity. African cities have transformed considerably in the post-independence period, including economic base, forms of ownership, architectural view, land structure, methods of planning and governance. However, the patterns of such transformation are significantly varying for different types of cities. In this thesis the architectural transformation processes and the factors that drive
urban transformations are discussed. The author focuses on the built form transformation in Nairobi and specifically the Historical street of River Road. 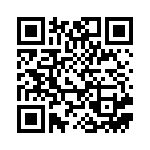