The degenerate state of Shelly Beach has such a stark and conspicuous presence. On Shelly Beach Road, the storm water channel is poorly executed and unmaintained; the sidewalks are unpaved and overgrown into by kay-apple fences on adjoining private property; perimeter walls, gates and buildings are abandoned and falling apart while open spaces are vacated, misused and devoid of basic amenities. These conditions raised my attention and propelled me towards seeking to understand how and why this has happened.

This study establishes that hotels and cottages at Shelly Beach were attacked during ethnic clashes that hit Kwale and Likoni , both in the Southern Coast of Kenya, in August 1997. After the clashes, most of the developments were compelled to close down as tourism activities plummeted. Since then, most of them have progressively deteriorated to date.

Consequently, I examine the concept of public space for people on urban waterfronts as a tool for achieving socially responsive redevelopment outcomes. The ultimate goal is to uncover spatial approaches by which Shelly Beach can be redeveloped to satisfactorily address the needs of typical stakeholders in an urban waterfront redevelopment project.

The study looks at existing literature on public space and the social perspective in urban waterfronts to find out how they relate, what they entail and how they are operationalized in urban waterfront redevelopment projects. Part of the literature analyses a case of waterfront redevelopment that involves social inequalities-redevelopment of the Anacostia River in Washington D.C.-where racial/ethnic conflicts abound and draws lessons on how this social issue is addressed in the project. This is followed by an in-depth analysis of the local case, the Shelly Beach waterfront. The analysis reveals numerous failures in the design fabric of Shelly Beach in terms of social infrastructure provisions, which renders it a poor public space for people.

In conclusion, I suggest guidelines that can be used to achieve satisfactory outcomes in terms of accessibility; public uses/activities; waterfront image and identity; water attraction and public amenities. From explored literature, I have established the five as significant entities in achieving social infrastructure integration in urban waterfronts to deliver a public space for people. The guidelines are applicable not only at Shelly Beach but also at other waterfronts in similar contexts. 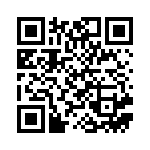